Created by the North Dakota Legislature in 1949, the North Dakota Indian Affairs Commission (NDIAC) is one of the first such commissions established in the United States. The NDIAC exists as an executive branch agency with the governor as chair of the commission.

In its 59 years of existence, the function of the NDIAC has changed to reflect major changes in federal and state policy. However, the goal of the NDIAC has always been to create a better North Dakota through the improvement of tribal/state relations and better understanding between American Indian and non-Indian people.

The Committee on Tribal and State Court Affairs is a standing committee of the North Dakota Supreme Court. The Chief Justice appoints the chair and vice-chair of the Committee.

Duties of the Committee:

A.  The Committee shall:

2. Serve as a forum for discussion of areas of common concern shared by tribal and state judges and judicial system personnel;

3. Serve as a vehicle for establishing and maintaining a long-term, continuing relationship between tribal and state judicial systems; and

4. Review any other matters referred to it by the Supreme Court, a tribal court, or a tribal council.

B.  May recommend to the Supreme Court, tribal courts, or tribal councils, potential agreements, informal inter-system working relationships, education initiatives, or proposed or revised statutes or rules to resolve conflicts and to remove barriers to understanding and cooperation between tribal and state judicial systems.

In 2006, the Administrative Council, a Judicial Branch entity of the North Dakota Supreme Court, reestablished the Court Improvement Project Committee. The director of the Indian Affairs Commission is designated as a member of the Committee. The Project was developed under the auspices of the Administrative Council, in cooperation with North Dakota Indian tribes, to provide recommendations to the Council on Court Improvement issues.

Purposes of the Committee:

1. To conduct assessments of the roles, responsibilities and effectiveness of state courts in carrying out state laws requiring proceedings related to foster care and adoption conducted by or under the supervision of the courts;

2. Implement improvements the highest state courts deem necessary as a result of the assessments:

a. To provide for the safety, well-being, and permanence of children in foster care as set forth by the Adoption and Safe Families Act (ASFA) and any other federal or state law regarding child welfare issues.

b. To implement a corrective action plan, as necessary, resulting from reviews of child and family service programs.

3. To ensure that the safety, permanence and well-being needs of children are met in a timely and complete manner; and

4. To provide for the training of judges, attorneys and other legal personnel in child welfare cases.

A. The Committee consists of members appointed by the Chief Justice or as indicated:

B. The Chief Justice appoints one of the district court judges as chair. All judicial appointees can serve up to three consecutive terms.

1. Indian Child Welfare Act (ICWA) Sub-Committee. The ICWA Committee is comprised of representatives of tribal ICWA workers, tribal County Social Services, director of the Indian Affairs Commission, representative from the ND Department of Human Services, and four regional district court judges.  The Trial Court Administrator serves as chair of the ICWA Committee in the 2008, and the Assistant State Court Administrator serves as staff.

For more information on the 67th Legislative Session 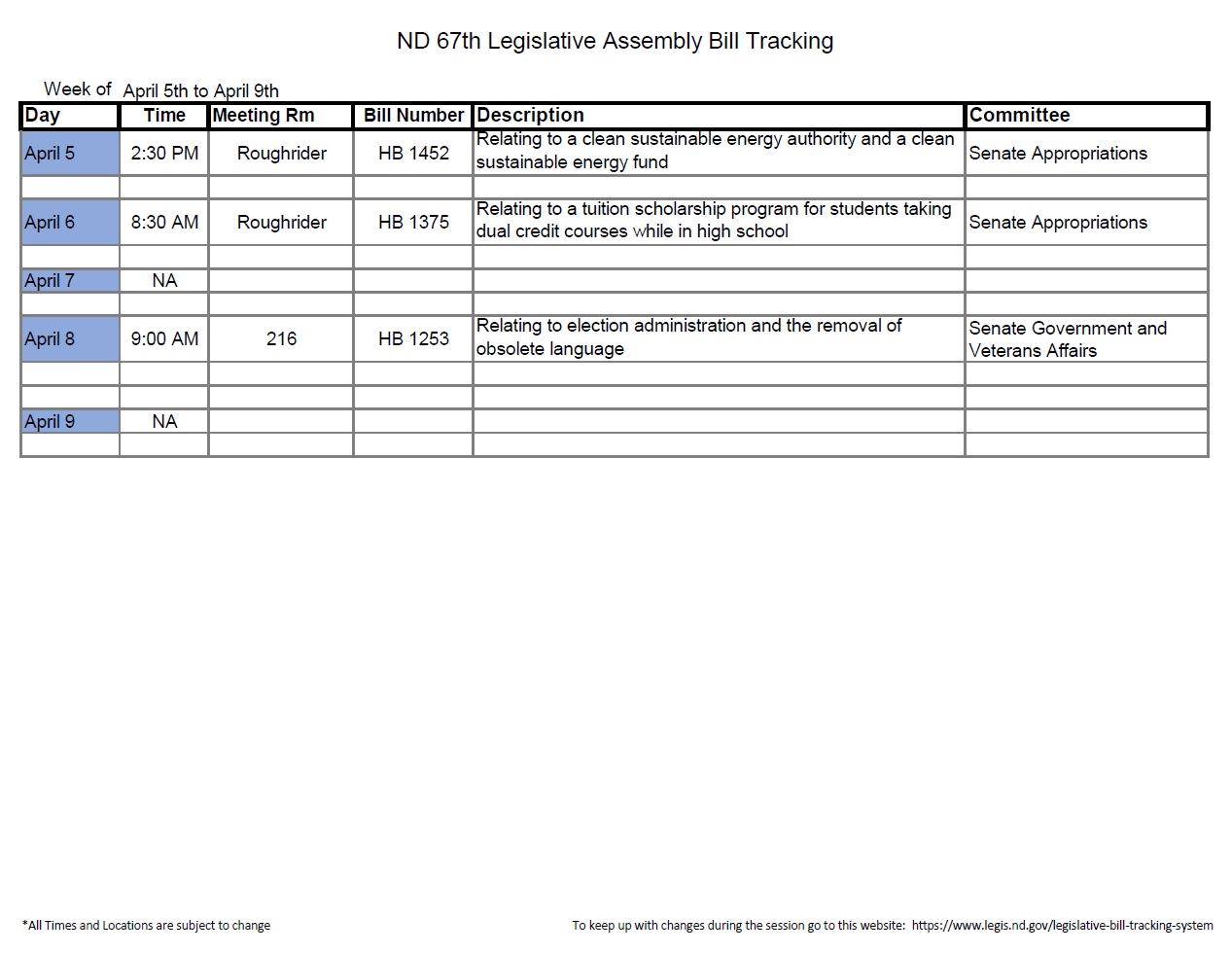